Would You Dump Your Partner For Someone Else? 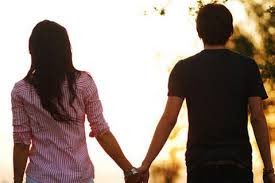 Hello my dear. I hope your week is coming along great?

My brother's friend (Tope) and his fiancee (Busola) have been dating for 6 months. They both decided to get married but first, have an introduction ceremony.

So, they had the introduction ceremony after 6 months of dating, it was like an engagement party, there was too much to drink and eat. My brothers were happy Tope had changed because he was a player. Everybody knows them together, Pastors of their church, family and friends.

1 month after the introduction, Tope started misbehaving, he would come home late and drunk, he stopped showing Busola love.

He woke up one day and said they should go their seperate ways. Everybody sought Tope to ask what the problem was because Busola was always crying to everyone,  but Tope didn't really have anything to say. He was giving flimsy excuses - the girl is an illiterate, she doesn't dress well, and all kind of silly excuses.

Crazy yeah?!. Everybody told Busola to move on with her life but she still believes he would change and come back to her. I told her, if I were the one, I would never take him back, not after what he did. Did he not know all the flaws before going ahead with the Introduction ceremony.

Do you think Busola should still wait for him or should she move on?.