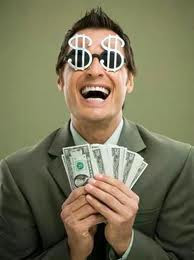 Hey dear, how's it going? Me, i don't really like rainy seasons, i'm just coping, its all good.

Another dilemma. I got this mail from a babe who remains anonymous.

She's 30 years old and she is seeing 2 guys. She has been dating Kunle for 13 months - Kunle isn't all that made, as in rich if you know what i'm saying but he believes everything is going to be fine at the end. Isn't that what we all believe?

She and the other guy, Lekan, have been dating for 7 months - Lekan is very rich, according to her.

Kunle and Lekan are both talking about settling down with her but she's confused about whom to settle with.

I asked who she's really in love with and she said she really likes both of them. - But is that possible?

I also asked why she started dating Lekan since she was already in a relationship with Kunle and she said its definitely because she likes him too - So maybe if she sees another guy she likes, she'd make them 3.... My hair itches, I think I need to change it... LOL!.

Anywayz, her family is saying she should go for Lekan because he is rich and they believe the future is going to be brighter with him. Oh yeah!.......

I told her to pray about it and she should consider Kunle since they'd been dating for a while, she'd definitely know him better than Lekan and she shouldn't marry a guy just because of his wealth.

What advice do you have for this babe, my dear reader?.
Posted by Unknown at 10:22