Is Anything Wrong With This Act? 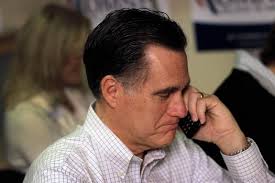 So, a guy ( Jibola) hollered me this morning concerning my last post, he was once the 'Kunle' and unfortunately, his babe settled for the 'Lekan' if you know what I'm saying.... Hehehe..

Seun the gangster lover, fell in love with a girl at last, i mean sweet love now, not some gangsta loving.

Seun was so in love with Bimbo, he got her a whole lot in a short period of dating, like a month, I'm sure the players are already castigating Seun. Well, he got her gold earrings, necklace, clothes and the latest phone.

Apparently, the babe wasn't in love with him, she collected the stuffs and stopped showing Seun love and care.

One of Seun's friend started to say all sorts and it made Seun angrier, he and his friend drove down to the babe's school, called her out, dissed her and silly of all, collected the phone back from her.

Imagine!!!. Who does that? Anywayz, 3 of Seun's friends said what he did was totally wrong, it made him feel bad, he called the girl after sometime to apologise and all but the girl told him never to call her again, which made the Gangsta lover cry.....

He has been calling the girl to get back with her but the babe has refused to answer him.

I told him what he did was very wrong but since the babe isn't ready to listen to him, he should move on and next time, he won't let friends decide for him.

Dear reader, will you do the same? Will you buy something for a lady and collect it back when you quarrel or so?.
Posted by Unknown at 08:58