What Do You Believe?. 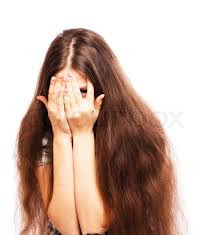 Hello Darling, how have you been? I'm sorry I haven't posted for a while and thanks for checking on me.

Larry has a girlfriend named Tolani. Well, he has loads of girlfriends.

One sunny afternoon, Larry's friend was driving around the area and saw Tolani, he reversed to say hello and give her a ride to the house but the babe paid the bike man and moved away, walked as fast as she could. Larry's friend was surprised at her act and told Larry what happened.

Larry was amazed because, according to him, Larry said she is meant to be in school, in Ado-Ekiti and he spoke to her few minutes before then, she sounded down, she said she was having cramps.

So, Larry called Tolani, she didn't pick until later at night. When Larry asked her about what he heard, she turned to Shaggy instantly - Lol. She said it wasnt her. They went on and on but she stood on the fact that she wasn't the one.

Meanwhile, Larry's friend had something to do with her while she was dating Larry.

Later on, Tolani deleted Larry from her Bbm, she also sent him a text that he should never call her again.

I'm as confused as everybody is.

Does Larry's friend have eye problem?

Dear Reader, What do you believe?
Posted by Unknown at 06:31