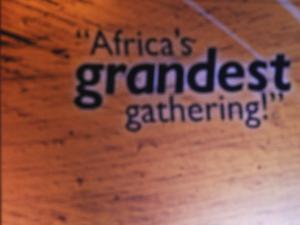 Police are investigating a conman who allegedly scammed a woman into buying entry wristbands for the Cape Town International Jazz Festival.

A Fish Hoek woman, who wasn’t named, reportedly called the police after she bought two wristbands, which turned out to be fake, from someone named “Shaun” for R1 000.

But EspAfrika, the events company in charge of the jazz festival, said the wristbands weren’t available before the event, which takes place in the city over the weekend, and were only issued at the door when visitors displayed their tickets.

The Fish Hoek woman met Shaun through classifieds site Gumtree, where she had placed an advert stating she was looking for entry to the sold-out event.

Shaun phoned her and sold her the unusable wristbands for R1 000.

Police said EspAfrika had opened a case to investigate the issue.

The events company’s marketing manager, Carenza van Willingh, said when it was alerted to the wristbands being sold before the event, it asked the Fish Hoek woman to bring them in.

A quick inspection revealed that the wristbands were copies.

“You can’t get them outside the venue,” she warned people who were looking for tickets.

She said once the festival was sold out, people would do anything to get into it.

“Every year we have the problem of people selling fake tickets or printing their own.

“But they are all scanned at the door and these tickets won’t get past the scanners.”

In the past, security teams at the entrance had been forced to turn back many people.

Van Willingh warned those who were looking for tickets to be cautious because of the large amount of fake tickets and wristbands being sold.