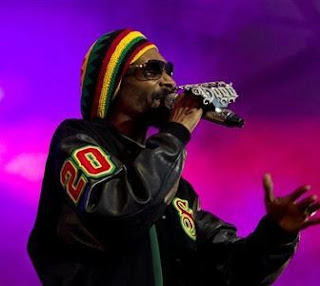 THE king of hip hop and rap, Snoop Lion (aka Snoop Dogg), will be in Durban next month when he headlines the MTV Africa All Stars Tour, which salutes the star quality and widespread appeal of contemporary African musicians.

The Cube in uMhlanga Rocks recently saw the launch of this Pan African music and youth empowerment campaign, which was joined by some of South Africa’s top muscians and representatives of MTV Base.
According to a statement, the initiative will provide exposure to the continent’s hottest musical innovators and pacesetters and will be activated via a series of blockbuster live music events, multimedia exposure on MTV and its digital platforms, and an innovative music industry workshop.

This is sure to put KwaZulu-Natal and Durban on the map as a one-of-a-kind MTV Africa All Stars Tour will take place, showcasing the best of Africa.

In his official PR statement, Snoop Lion said: “I am honoured to bring this important message of peace and love to South Africa. This is the motherland and a place of so much history and strife. I hope that this concert reminds us it is also a place of joy, love, cele- bration and peace – which is very much in line with where I am as an artist right now.”

Some of the most popular contemporary artists from across the African continent united at the launch at The Cube. Included on the line-up were the hip hop artist Professor, the South African hip hop trio Teargas, DJ Tira, Zakes Bantwini, Big Nuz and DJ C’ndo, to name a few.

The excitement and energy regarding the much-talked about MTV Africa All Stars Tour was in overdrive. The performers gave it their all on stage, giving the audience a taste of what’s to come over the next few months and demonstrating the power and influence of South African music.

Speaking at the launch, MTV’s senior-vice president of Viacom International Media Networks Africa, Alex Okasi, said: “This exciting partnership with KwaZulu-Natal will enable us to put a global spotlight on the province and the continent, more importantly.”......