Compare And Contrast: Samsung Galaxy S4 Vs HTC One Hands On. 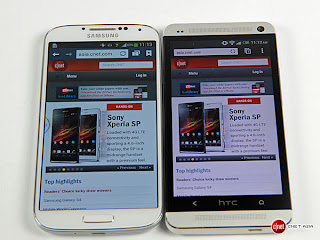 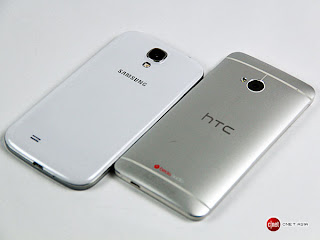 The Samsung Galaxy S4 comes loaded with a ton of software features, these include scrolling a Web page via your head movement, measuring the temperature around you via its S Health app and pausing a video when you look away. Sure, you may not use all of them, but they are there when you need to use them.

Conversely, the HTC One dials back on a lot of its the clutter the previous Sense UI had, and BlinkFeed is a simple way of getting your news stories (though the S4 does come with its own customised Flipboard app).

Both smartphones have interesting software tweaks for the cameras, but Samsung's cinemagraph feature trumps HTC Zoe. It's easy and simple to use (somewhat like the version found on the Nokia Lumia range), and the smartphone also features dual-camera recording like on the Optimus G Pro. 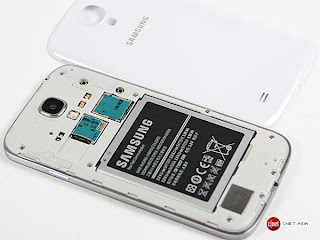 The Samsung Galaxy S4 may not have deviated far from the design of the S3, but it does feel like a much better device. Both the S4 and the One are pretty good smartphones to get, and having tried out the S4, it's likely hard to choose one over the other.

If you prefer something that feels and performs good in your hands--the HTC One is the smartphone of choice. But if you want a smartphone that packs everything but the kitchen sink, you may want to go with the S4 instead. 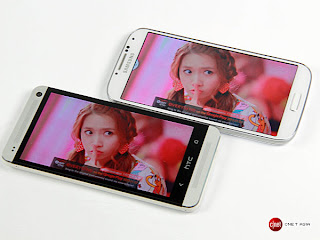