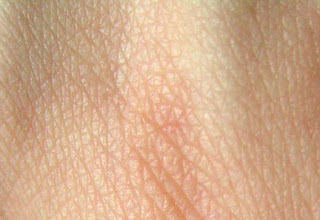 British scientists have built a new 3-D printer that would allow them to create a tissue-like material with which to carry out several medical procedures. This new machine, which seems to have almost magical properties, in fact works on what sounds like a rather simple concept: It creates a network of minuscule water drops which are surrounded in lipids. The substance has a double layer, one of which allows body cells to combine with it.

Because it is created with biological materials only, the substance is perfect for medical use. The possibilities range from acting as nerve pathways when combined with protein channels to behaving like a muscle when triggered into contracting. Even though the actual incorporation of the new substance into a particular medical use is still slightly remote, the tissue-like properties could potentially be used to replace parts of organs or even as a base or support on which more cells could be grown.

However remote, the process has seen considerable simplification after the 3-D printer was invented by researchers in the University of Oxford. Gabriel Villar, one of the inventors of the new machine, explained that doing the process by hand was too complicated and strenuous for this to become a viable method, but that, after the printer was invented and the results obtained, they began to consider the fake tissue under a new light: the combination of tiny drops, when printed en masse, behaved just like a cohesive material which was easier to shape and work with....

What will they create after this???