Zuckerberg's 2013 Resolution, To Meet Someone New Every Day, Highlights Problem With Facebook. 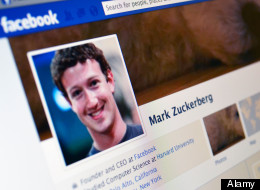 Every year, not satisfied being the hyper-successful, 28-year-old CEO of the company of the decade, Mark Zuckerberg tries to improve himself by setting an annual challenge. In 2009, he wore a tie daily. In 2010, he studied Chinese. In 2011, he only ate meat that he himself killed. (I know ...)

So what was his New Year's resolution for 2013? Fortune magazine's Jessi Hempel, in a wide-ranging interview with Zuckerberg pegged to the launch of Facebook "Home," squeezed the answer out of Facebook's CEO:

"I'm meeting one new person outside of Facebook every day. Who doesn't work at Facebook," Zuckerberg said. "It's going well—I've done a bunch of things in the community and just tried to get broader exposure".

We already know one way Zuckerberg's achieved broader exposure: politics. But at first glance, 2013's resolution seems significantly tamer than previous years' (especially the meat one). Trying to meet new people is a normal thing that people do.

But here we have the creator of the largest online network implicitly acknowledging that Facebook isn't everything he needs to maintain a healthy social life. Or at least to meet new people.

Facebook had already acknowledged this deficiency at its last big announcement, for Graph Search in January. It pitched its new search tool as a way to meet new people, rather than just stay connected with ones you already know. "In the past, Facebook has really been primarily about mapping out and staying in touch with and communicating with the people you already know in the real world," Lars Rasmussen, engineering director for Graph Search, said in a promotional video. "But now, we're building a product that can also be used to find people you maybe should know.".......