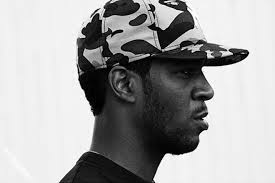 On tuesday, April 2, on L.A's Power 106, Hip-Hop Arstiste, Scott Ramon Seguro Mescudi a.k.a. Kid Cudi, declared that he is no longer a member of Kanye West's G.O.O.D. Music label.

While on the radio show, Cudi insisted that there is no beef with anyone on the label and the deicsion is basically a business decision.

While explaining his intentions and his relationship with Kanye, Cudi added that he sought advice from Jay-Z about his departure from the label.  "I never wanted to offend him, and I didn't know how he would take it and I was like, 'Man, I do not want to make my brother mad. I really went out my way to make sure what I was feeling was justified, and that it was OK for me to bring it to the table, and Hov reassured me. He was like, 'Yo, man, I hear it in your tone that its genuine and everything that you're saying to me, how you're saying it. I know Kanye. I know he'll be receptive to that. I know he'll honour it."

Even though Cudi is now signed to his own label "Wicked Awesome", he did not personally reveal his intentions to any one else on G.O.O.D. Music. "But its not a bad thing. That don't mean I'm not gon' be making music with them." Cudi added.

Cudi is currently promoting his third studio album, "Indicud" which is scheduled for release on April 23. The tracklist was recently released and it features appearances from Kendrick Lamar and Michael Bolton. The question on everyone's lips now is, Why Isn't Any Of His Former Label Mates On The Album?...