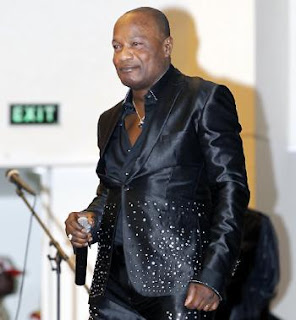 But Koffi, who is also on Interpol's wanted list, left the country yesterday before police could apprehend him and his promoters say the rhumba maestro has no intentions of returning to Zambia.

Koffi had been reported to police for assaulting freelance photojournalist Jean 'Mandela' Ndayisenga after his show at the Taj Pamodzi Hotel last Friday.
Koffi, who beat up his dancing queen too, had his last performance in Kitwe on Monday evening following his two shows in Lusaka.

Lusaka Province police commissioner Joyce Kasosa said a message had been sent to Kitwe on Monday for Koffi to be apprehended there.

When told that information coming from his promoters indicated that Koffi had already left, Kasosa said: "We will explore all the legal possibilities to have him come to answer to the charges of assault. Otherwise, I was not even aware that he has left."

Kasosa said Koffi would be charged with assault.
This is not the first time Koffi has slipped through the fingers of the Zambian police.

Back in 2010, the singer eluded a police dragnet and dramatically exited the country on a motorcycle to avoided arrest.

Kaya Gold Music security manager Nawa Muyatwa said Koffi would not come back and perform in Zambia because of the bad media coverage.
Muyatwa disclosed that Koffi had expressed displeasure at the media coverage and the reception he had received at some venues.
"He might not come but it depends on promoters, who want him to come and perform again," said Muyatwa.

When queried whether Koffi had cleared his name with the Zambian police, Muyatwa said Koffi had not received any official callout from police.
He added that Koffi had returned to Congo, his home country, around 08:00 hours yesterday.

"Koffi left thursday morning at 08:00 hours by road and has been cleared at the border and is in Congo as we speak. He left by road with his band. We did not get any correspondence from the police. They did not even bother him even at the border. The police did not call or visit Koffi over the allegations, so he left," said Muyatwa.

And Kaya Gold main promoter Gonde Kayanda said the company would not bring back the music icon unless fans so demanded.
When asked whether Koffi would like to visit Zambia again, Kayanda said he had not spoken to the musician yet.

"We shall only bring him back if people like him or demand for him. Then I can bring him back again. With the incidents that have been reported in the media, I have no comment for that. I have not been in touch with him and I would not like to say anything. I do not know how he feels because I have not spoken to him, I will call him in the afternoon," said Kayanda.......