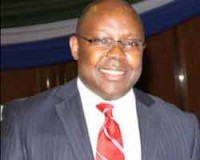 TO boost domestic flights and cushion the effects of high airfares in the country, the Federal Government said it would soon acquire 30 aircraft, just as plans have reached advanced stage to remove abandoned aircraft in the country’s airports.

The General Manager, Corporate Communications, Federal Airports Authority of Nigeria (FAAN), Dati Yakubu, revealed this Wednesday in Benin- City, stating that the Federal Government would purchase the aircraft through the aviation fund being managed by the Central Bank of Nigeria (CBN) and the Bank of Industry (BoI).

He said direct disbursement of funds was being abused hence the Federal Government decided to acquire the aircraft and hand them over to local airline operators. According to Yakubu, “the issue of assisting domestic carriers is important and that is why the Federal Government removed tariffs and taxes on aviation spare parts.

“This is to help domestic airlines operate profitably and make it attractive for investors because spare parts are a major cost component in the aviation industry.”

He reiterated government’s commitment to making the country’s aviation industry a hub in the African continent. On abandoned planes across airports in the country, he said: “We have given the ultimatum for the owners of abandoned aircraft to remove them because they constitute menace to our airspace and airports.

“They are dangers to the flying publics because they may be places where these birds could hide. We have also discovered that some of the aircraft have litigation issues around them, some of them were used as collateral for loans.

“Such things are being handled by our legal department and as soon as those issues are resolved, the planes will be moved. We also try to advise owners that there are several creative ways in which they can use them. We are in the age of recycling and they are built with plastics and metals and that can be done profitably.

“But definitely, when the period we give elapses, FAAN will take action to ensure that we clear our spaces of abandoned aircraft because it does not fit into the aviation master-plan.”.......