Twitter announced Monday that it was stepping into the photo-sharing business with a new editing tool that allows mobile photographers to enhance, crop and apply filters to their snaps. 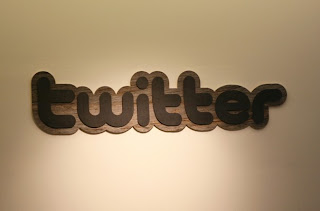 With Twitter’s new tool, filtered photo appear on a users’ Twitter stream along with short captions. Users can also edit a picture from their phone’s library to share over the micro-blogging service.

The editing tool offers a range filters with different tints and hues, but all add the same sort of weathered look that made Instagram’s photo treatments so popular. Users can try on different filters by swiping from either edge of the screen.

Android users can get their hands on Twitter’s new app now. The Apple version of the new app is not out yet, although Twitter said in a company blog post that both versions were on their way soon.

The new software offers an alternative to those who want their photos to show up directly in their Twitter streams. At launch, however, Twitter’s photo editing program lacks a few options that are familiar to Instagram users.

At the moment, the Twitter app offers eight filters to Instagram’s 18. Instagram also offers the ability to set selective focus on a picture, known as tilt-shift. Instagram has also recently rolled out deeper integration with the check-in social network Foursquare.

Instagram users, of course, can now display their photos on the Web profiles the company rolled out last month. Mobile photographers can still direct Twitter followers to those pages with a link.

Last week at the Paris technology conference LeWeb, Instagram co-founder and chief executive Kevin Systrom said the company made the decision to limit its Twitter integration to promote these profiles and user engagement.

“We want that to be on Instagram.com because we think it’s a better user experience, currently,” Systrom said at the conference.....