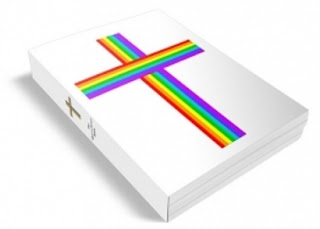 The world's first 'gay bible' has been published to coincide with the debate on same-sex marriage.

Titled the 'Queen James Bible', its editors claim that it is a re-working of the King James Bible translated in a way that "prevents homophobic misinterpretation of God's Word".

'Homosexuality was first overtly mentioned in the Bible in 1946 in the Revised Standard Version. There is no mention of or reference to homosexuality in any Bible prior to this – only interpretations have been made', the book's official website said (queensjamesbible.com).

The publication was printed and bound in the United States.

"The Queen James Bible addresses those controversial verses editing them very slightly for interpretive clarity. The edits all confirm that the Bible does not condemn homosexuality, and therefore renders such interpretations impossible," the editors continued.

Douglas J Moo, Wessner Chair of Biblical Studies at Wheaton College and a professional Bible translator, said the Queen James editors' assessment of past translations is not entirely accurate.

“For instance, the King James Version of Romans 1:27 refers to 'men, leaving the natural use of the woman, burned in their lust one toward another; men with men working that which is unseemly.

“It would be very difficult to deny that this language, and the language found in many other places in both the Old Testament and the New Testament, refers to homosexuality,” Moo argued.

Really, Its the End Time!!>