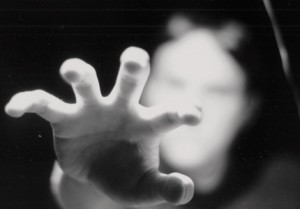 A story now in circulation in Calabar, Cross River State is that of a mysterious hand which appeared during a church service. The incident was said to have taken place at the headquarters of the Glorious Assemblies Ministries popularly known as Christ Endtime Military Academy during a crusade organized by the church.

According to reports, the mysterious hand was said to have appeared on the fourth day of the crusade radiating with light. It had pierced through the ceiling of the church building hen people noticed it with amazement.

The General Overseer of the Church, Pastor Timmy Larry described the hand as the hand of Jesus Christ and that a day before the mysterious hand appeared, a lady had seen a vision that a mighty hand came from behind and lifted and smashed a man. According to him, “the mysterious appearance of the hand came up on the fourth day of the programme.

“I was busy praying for people after coming out from seclusion. I was told of the hand by a Camera man, but before that event, I was talking to people about the right hand… It was revealed that 2012 was going to be an exceptional experience in His presence and I had told my people that the month of July was going to be a month of signs and wonders and it is the month this thing happened.”

A curious reader would ask that, since it was a cameraman that called the attention of the pastor to the hand, then he definitely must have caught it on camera! Nigerians can’t wait to see the hand of God......
Innit?
Posted by Unknown at 23:25