Cash Money rap veteran Busta Rhymes recently discussed his new Year of the Dragon album and why he has no regret with putting it out without a price tag.
Busta said the loyalty and support fans have shown him for over 20 years influenced his decision. 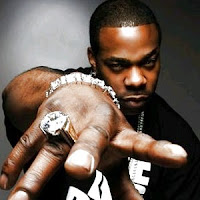 "I've never put out an album for free before, but I've got people that have been rocking with me, spending their money for the past 20 years of my career," the rapper says. "I take great pleasure in aligning myself with people who understand what the 'Busta Rhymes brand' is about, and Google definitely has a whole lot of people who do." (Billboard)

A few days ago, Busa Buss talked to SOHH about the free jam-packed LP.

"The fourth reason is because this is the first album to ever come out for free from Busta Rhymes. This is my thank-you album. This is my album for the people that have been going with me for the last twenty years of my career. This is my gift to y'all. I really appreciate the love and support from throughout the years. This is to you." (SOHH 5 Reasons)

"The label situation is phenomenal. It's a marriage that I feel is a genuine one, and it's a deal that's a first of its kind because we sat at the roundtable and created something that's a one of one and it's a first of its kind," Busta said in an interview. "It's partnering up of Google and Cash Money together and being able to make a marriage and a merge in a support system that is unlike anything that's ever existed in the history of music. ... I think what makes the Google thing so incredible is that they realize how important it is for them to be a part of music. They realize how important they are, period. It's almost like, if you can't be found on Google, you don't exist in the world, for real. They understand that with that strength and with that power that they have, that it was almost blasphemous for them to not have their hands in music as well." (Sucker Free)
Posted by Unknown at 23:37