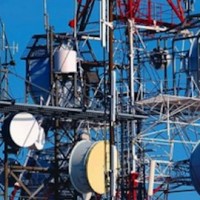 A wind of change is blowing in Nigeria’s telecommunications market which has rekindled the hopes of Code Division Multiple Access (CDMA) operators, as Multi Links, Starcomms and MTS conclude merger arrangements that would produce a strong network operator to be known as CAPCOM.

BusinessDay learnt that about $200 million has been injected by core investors into the new  firm, CAPCOM, fueling expectations  that the CDMA sector in Nigeria will be given a new lease of life.

For sometime, CDMA operators – also known as Private Telephone Operators (PTOs) have found it difficult to survive the stiff competition in the nation’s vibrant telecoms market.

Industry analysts told Business Day yesterday that this new development in the CDMA landscape would enable the sub-sector compete favourably in a GSM dominated telecoms market. It will be recalled that stakeholders have been clamouring for the resurrection of the CDMA sector through a bail-out.

CDMAs had earlier complained about the issue of funding which dwarfed their network expansion capabilities, even with the Unified License granted them by the Nigerian Communication Commission (NCC).

As at today, only Visafone, itself a product of merger and acquisition involving Cellcom, ITN and Bourdex, can be said to be providing services on a particularly competitive scale. Starcomms, which at one time was the bride of the industry later experienced a decline in fortunes. With CAPCOM now in the offing, there is optimism that the CDMA sub-sector would bounce back, offering best-in-class telecoms services to Nigerians.

The deal document published by industry practitioners’ website, IT & Telecom Digest, says the strategy of the investment is “to invest $50 million in the equity of CAPCOM, transferable into the ordinary shares of Starcomms PLC—a 10-year established Nigerian telecoms mobile CDMA operator, with spectrum in the 1900MHz range—alongside $150 million of equity derived from CAPCOM’s existing shareholders.

“To simultaneously consolidate Starcomms with two other Nigeria CDMA—Multi-Links and Cyancom, formerly MTS—creating a single national Long Term Evolution (LTE) Broadband operator with 20Mhz of bandwidth in the 1900Mhz frequency range, to build from an existing combined 2012 base of 160,000 data consumers each paying $24- $32 per month to a base of 2, 500, 000 data customers by 2016.

“The $200 million investment funds the acquisition of Multi-Links and MTS; recapitalises Starcomms and provides it with sufficient capital and liquidity to finance its existing creditors and working capital; and permits it to expand its existing network through the introduction of 4G/LTE technology to become a major provider of Broadband services to Nigeria’s burgeoning consumers.”

This development portends a good omen for the CDMA sector in Nigeria and subscribers who dumped their land lines would dust them up and make good use of them once again. As a fall out of the new acquisition, the many known faces in the old Starcomms Plc board and management may no longer be seen.
As presented in the deal document, a new board of directors has been constituted to manage the affairs of the new company. Stefan Allesch-Taylor is being proposed as the Chairman....
Posted by Unknown at 12:36