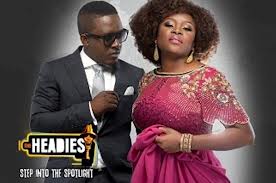 Singer Omawumi Megbele and hip-hop act Jude 'M.I' Abaga have been announced as hosts for the 7th edition of The Headies - One of Nigeria's biggest music awards event.
Executive producer of awards Ayo Animashaun announced today that the pair have been selected in line with the awards' tradition of picking 'talented and inspiring entertainers, to front an awards ceremony that parades some of the continent's biggest entertainers'.
'Its a very important year for us at The Headies, and for the Nigerian music industry in general', Animashaun, who founded the awards in 2006 says. 'And we found M.I and Omawumi, two great entertainers who are very passionate about their work, passionate about the music business and a great source of inspiration to young, up and coming Artistes, because of their peculiar stories climbing up'.
Omawumi, 30, came second on West Africa Idol, in 2007. Her success on that show provided a strong foundation for her career,and she hasnt looked back for a minute. With her debut single 'In the music' released in 2008, she established herself as a talent to court, and a singer whose eyes are on the global stage. The success of that single, won her the coveted 'Next Rated' prize at The Headies in 2009. The award came with a brand new KIA Optima. Omawumi has moved on to become a remarkably successful singer, actor, performer and philantropist.
Omawumi's co-host M.I, has risen from grass to grace, in just about half a decade. And, from a Jos-bred wanna-be, who worked hard to find a niche in the hip-hop community, M.I has now become the leading rapper and hip-hop ambassador or on the continent, with many medals to show for his achievements. The Chocolate City rapper is a multiple winner at The Headies, with his prizes including Best Rap Album and Revelation of the year (both in 2009). He has won a total of 9 Headies, starting from his first surprise win in 2008.
'I won my first Headie when no one knew who i was' M.I says. 'It was a big leap for me and my career and I can say the same for a lot of my colleagues. Several years after, I'm excited to be here, performing in a very important capacity, along with my very good friend, Omawumi'.
'You know one of the things over the years that have been traditionally so great about The Headies awards is the fact that they do two things well. You take us to the villages, we meet people where they dont really have water, we've done that. At the same time you take people to Brazil. A young person can look and be inspired and also aspire too', he concluded. 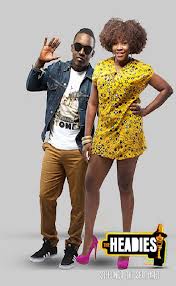 Organizers say both acts have already been getting together, sharing ideas and fine-tuning concepts, along with The Headies producers, in anticipation of a great show this year.
It's been fun, fun, fun for me' an already hyped up Omawumi comments.
The Headies 2012 according to organizers will hold at the Eko Hotel and Suites on Saturday, October 20, 2012.
Posted by Unknown at 13:35