When African-American music mogul 50 cent offered a million dollars to Africa’s literary giant Chinua Achebe for rights to use the title of his novel classic “Things Fall Apart,” he was turned down.  He simply changed the name and went ahead with the première of the movie. “Fiddy” as he is also called, is no stranger to setbacks. At the beginning of his rap career after signing what seemed to be a million dollar breakthrough record deal, he was shot point-blank nine times in front of his grandmother’s house. 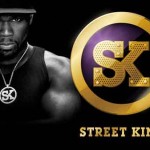 The unrelenting artist who revived his career with the multi-platinum album “Get rich or Die Trying” has again offered his hand to Africa for business marketers to distribute his energy drink brand, SK Energy Shots.

The millionaire rapper, formally known as Curtis Jackson highlighted that the move to seek African business partners was inspired by his many travels through the continent of his ancestors.

“Everyone thought that we would expand immediately to Europe or South America. I’ve been fortunate enough to travel across Africa, and one thing I’ve learned is that it is filled with vibrant, young entrepreneurs who are eager to cultivate a sustainable business sector that will fuel growth for their future. That’s why I’m giving African entrepreneurs the chance to bring SK to their country.” said Jackson.

SK Energy was launched in September 2011 with a social mission to “feed a hungry child” by donating the cost of one meal to the United Nations World Food Program for the sale of every shot. A Forbes report recently noted that 50 Cent and his company have already written a check to the UN to cover the cost of 2.5 million meals.

The SK brand seeks to support the underprivileged in Africa.

Jackson also noted that the product has received a lot of interest in Africa. He will therefore be looking for a distributor in at-least each African country.

“I’ve had so much interest coming from Africa since I’ve launched SK. That’s why I’m opening up submissions to entrepreneurs across the continent to become distribution partners.” said Jackson.

50 cent is not the only global entertainer to seek business opportunities in the emerging African markets. O, The Oprah Magazine of Forbes-listed richest African-American Oprah Winfrey publishes in South Africa. In April 2002, it published its first South African edition. According to South African Advertising Research Foundation, its average readership was over 300,000.

A shrewd businessman, 50 cent made $100 million from the sale of Vitamin Water parent Glaceau to Coca-Cola in 2008 and is a familiar face in the Forbes annual Hip-Hop Cash Kings. Jackson has interests in Video games, the G-Unit clothing, a record label , Film production company and line of headphones with Sleek.

http://africa.skenergyshots.com/sellsk/
Posted by Unknown at 18:19