Will You Sell Your Body For Your Spouse? 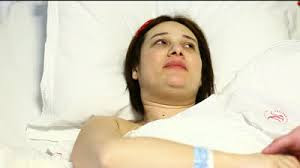 Hey Lovely Reader, I hope your weekend was great because mine was fantastic.

Someone wrote on twitter "Witches love dancing" and my friend (Debola) cc'd me. Silly girl, so I'm a witch because I love dancing????

Anyways, this mail was sent to me on Facebook, from Mr Endowed..... I'm not sure if it happened to him or not.

A girl has a hole in her heart and needed a large sum of money, say N6 Million. The girl has no family and the boyfriend doesn't have that kind of money. The boyfriend then started taking some offers, sleeping with rich women for money. He went to the hospital to pay when he had the total sum, the girlfriend asked where he got the money, honest boyfriend told her the plain truth about how he got the money.

Before I posted this, I asked my male friends - (Bayo and Alani) these questions, if the reverse were the case.

Bayo said he would let her pay for the operation and he would still date her.

Alani said he would let her pay for the operation but he wouldnt date her anymore.

Hmmmm, I reserve my comment, that's why I have you to give your opinion.

My dear Reader, would you let him/her pay the money? And would you continue the relationship afterwards?