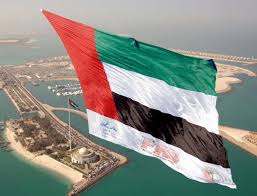 Tanzanian officials initially said four Saudis were being held after the attack on a Catholic church in Arusha in north Tanzania but the government subsequently identified them only as "foreigners of Middle Eastern origin" without giving their nationalities.

A diplomat from Saudi Arabia has been quoted as saying only one of those held was from the kingdom.

"We are following with interest the issue of the three citizens who are being held in Tanzania," the UAE Foreign Ministry of the U.S.-allied Gulf state said on its Twitter account.

Investigators said they were still determining the type of device used in the attack on the church in Tanzania, a nation of about 45 million people roughly split evenly between Muslims and Christians.

Sheikh Abdullah bin Zayed, the UAE foreign minister, on Monday condemned the attack, which has heightened sectarian tensions in the east African country.

The Vatican's ambassador to Tanzania, Archbishop Francisco Montecillo Padilla, was attending the official opening of the church when the explosion occurred. He escaped unharmed.

"When the attack happened, the Saudi, his three Emirati friends and two Tanzanian friends happened to be where the explosion took place in Arusha," the paper quoted him as saying.

Mo'menah said he was on his way to Arusha, adding: The whole issue is mere suspicion and we expect them to be released, God willing." He said the group were there as tourists.

Two Christian leaders were killed in Tanzania's semi-autonomous, predominantly Muslim islands of Zanzibar earlier this year and there have been attacks on Muslim leaders and mosques..