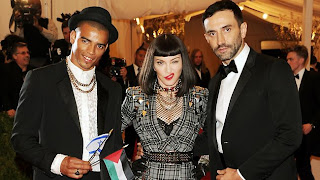 A French painting owned by Madonna has sold at a New York City auction for more than $7 million ($6.9 million).

Sotheby's auction house hasn't said who bought Fernand Leger's Three Women at the Red Table for $US7.2 million yesterday. The abstract work had a pre-sale estimate of $US5 million to $US7 million.
Proceeds of the sale will benefit the Ray of Light Foundation, which supports girls' education in Afghanistan, Pakistan and other countries.

Madonna says she wanted to "trade something valuable for something invaluable" in countries where female education is rare or nonexistent. She bought the work at Sotheby's in 1990 for $US3.4 million.

Leger created the work in 1921 as part of a series depicting women with still-life compositions.