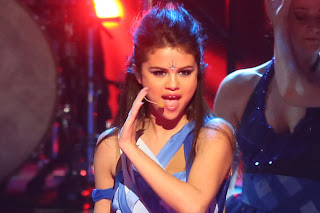 Lawsuits are stinky, especially when perfume is involved. Selena Gomez was sued by the Adrenalina fragrance company for breach of contract, and now she’s striking back with a countersuit of her own.

Late last month, Adrenalina filed a suit against Gomez, claiming they spent over $2 million on marketing alone in addition to research and development for her perfumes. They said Gomez and her camp came up with a bogus excuse to end the deal, leaving Adrenalina without a spokesperson, and they sued for both damages and to lock Gomez into endorsing the products.

Now, TMZ reports that Gomez claims she backed out of the deal when she got wind that Adrenalina wouldn’t be able to fulfill their end of the deal. Gomez’s filing says Adrenalina was going broke and wouldn’t be able to pay for the manufacture and marketing of the perfume line she was slated to endorse, and that the company could barely afford to even pay its own workers.

If they couldn’t muster that, her lawsuit alleges, they likely wouldn’t have been able to pony up the $5.2 million she was promised up front as well as the 5 percent in royalty sales on the Sel-branded scents. Gomez claims she nixed the deal to protect her own reputation and is demanding $5.2 million from the company — minimum......