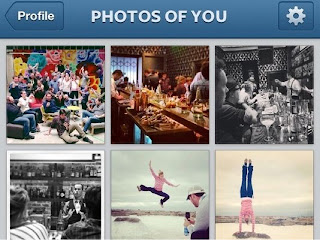 Instagram, one of the world's most popular online photo resources, is bringing tagging on.

On Thursday, it introduces "Photos of You," a new feature that lets folks tag their friends, or things -- like a coffee shop or band playing.

Facebook purchased Instagram in 2012 for $1 billion, so it was only a matter of time until the social network began adding tools for Instagram users. Instagram now has over 100 million users of its app for Apple and Android devices.

Now, when you upload a photo to Instagram via the app, "you can add the people and things in the photo as easily as you add a location and hashtags," says Instagram, in a news release.

When you have been tagged by someone else, like on Facebook, you'll learn of it via a notification and the photo will appear in your "Photos of You" section.

If that bothers you, you can tweak the settings on the app to ensure that photos won't appear on your profile until you approve it.

The "Photos of You" feature is available through an update from Apple's App Store and Google Play....