This iPhone 6 Sends iPhone 5 Back To The Stone Ages!. 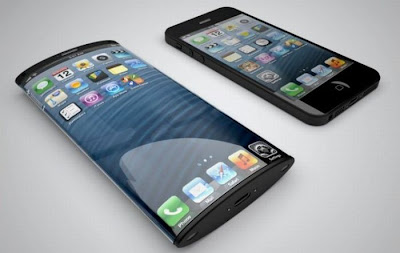 If you have been following the patents of Apple then you may have come across an interesting one by way of a curved iPhone. Now that  patent been designed into a phone by way of a render and it shows an ‘iPhone 6′ with a display that is flexible.

The creator behind the concept is Nickolay Lamm. The recent patent of Apple referred to an AMOLED display that is wraparound and futuristic. While it could be adopted one day, I think it looks too futuristic to be applied to an iPhone 6 in 2013.

the iPhone 6 concept is minus the home and volume buttons and as in the patent described by Apple, the handset offers an “illusion of depth perception that imitates a 3D experience”.

The concept does looks more like something we could see from the iPhone 7 or beyond. Additionally as Samsung, who are known for their flexible tech innovation, have stayed away from this type of format for the Samsung Galaxy S4, hints that it is not a feasible idea just yet....