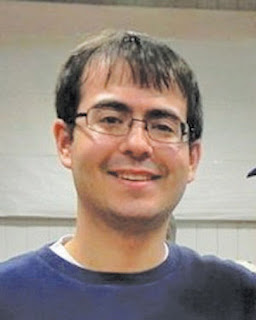 "On the Big Screen" movie review

The first quarter of the year is never a good time for movies. It's the dumping ground for lots of films that either aren't exciting enough to be summer blockbusters or aren't intelligent enough to be end-of-the-year Oscar contenders.

This seasonal flood of mediocre movies probably isn't the best time for a new film critic to start being published in a newspaper. He might seem too critical or overly negative to his new audience, which is the position I find myself in right now. I honestly love going to the movies. But when I'm forced to choose between watching another Stephanie Meyer adaptation or a sequel in a franchise based on children's toys, you can't expect great things.

There is a type of trance that bad action movies can put you in. There’s a zone out mode induced by fight scenes that are so random, chaotic and so seemingly without purpose or direction. Your eyes glaze over, your brain shuts off and you just let the overwhelming chaos wash over you.

“G.I. Joe: Retaliation” puts audiences into this dull trance many times over. Looking back, the movie is a half-remembered blur of confusing characters and purposeless fighting, leading up to an ending that actually does stick out in your mind, but only because of how ridiculous it is.

“G.I. Joe: Retaliation” picks up right where 2009’s “G.I. Joe: The Rise of Cobra” left off. The big bad guys, led by Cobra Commander, are imprisoned in stasis hundreds of feet below the Earth’s surface. The Joes, meanwhile, are hard at work in the army, doing missions or something. (Don’t ask me, I was already zoned out at this point.) Anyway, some of Cobra Commander’s evil minions are still at large and after they free Cobra and set up a surprise attack on the Joes. The Joes have to fight an uphill battle to stop Cobra and his team before they make another over-the-top attempt at world domination.

When G.I. Joe was an action figure for young boys, there was nothing wrong with kids pretending to be the fictional soldiers. Courage and honor and heroism are noble things we should try to teach kids. They are the traits we commend our own country’s soldiers for having. So it's surprising that none of these traits exist in “G.I. Joe: Retaliation”.

The soldiers in this film don’t care much about duty or honor. Instead they're motivated by less admirable things, like revenge. At one point, a Joe played by Dwayne Johnson vows to kill Cobra Commander out of pure vengeance, then later tries to assassinate Cobra in the street in cold blood. In another scene this same soldier laughingly detonates a bomb in a defenseless enemy’s hand. What a hero!!!....