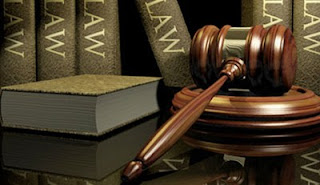 It was a crash of fortune for a police constable, Alonge Abdul, who has not only lost his job, but also his freedom, for now. His crime was that he shot at a commercial vehicle, whose driver allegedly failed to oblige his demand for money.  The fired bullet tore through the front seat of the car and hit the  pregnant woman sitting on the front seat.  The woman died on the spot before any help could come her way.

For allegedly killing the pregnant woman, Abdul was yesterday arraigned at a Magistrates’ Court 5, Akure, Ondo State, which ordered that he be remanded in prison.

The constable was alleged to have shot and killed Mrs Segi Olajiga on Tuesday, with the rifle assigned to him in the course of his duty.

The remand of the accused came as the Federation of Women Lawyers asked the police authority to be diligent in the prosecution of the accused person, who was brought to the court by a detachment of policemen.

The police prosecutor, Mr. Ayodele Atandeyi,  in the charge preferred against the dismissed policeman said: “That you Alonge Abdul, 32, m, on the 2nd day of April, 2013 at about 6.30pm at Plaza Hotel  Junction,  in the Akure magisterial district did unlawfully kill one Madam Segi Olajiga ‘f’ with one AK 47 rifle issued to you and thereby committed an offence contrary to section 316 and punishable under section 319 of the criminal code cap 37 Vol 1 laws of Ondo State of Nigeria.”

Atandeyi also sought an amendment to the charge to include attempted murder of the driver of the vehicle in which the deceased was killed.

After the charge was read to the accused, Atandeyi said the court lacked the jurisdiction to try a murder case and that he would need a date for the case file to be duplicated and sent to the Department of Public Prosecution (DPP) in the state Ministry of Justice for legal advice.

The lawyer to the accused person, Mr. Fele Aso, did not object to the request.
The Magistrate, Mrs Charity Adeyanju, fixed the hearing of the case for June 18 for hearing.

Meanwhile, women lawyers in a letter to the police, urged the police to diligently prosecute the case, saying that Abdul’s action had denied Olajiga her right to life as enshrined in Section 33(1) of the 1999 Constitution and he should be punished.

The letter signed by the Secretary of the association, Mrs. Bunmi Niyi-Arajuwa, said: “The police officer who points a loaded gun at an innocent civilian on the street is assumed to intend killing such a civilian.  We are making a strong case for a proper prosecution of this officer.

“Our petition to your office is the first civil way we can register our disdain and protest for this wicked, inhuman and unwarranted killing.  Law enforcement is not aimed at killing innocent members of the community. It should be a relationship of trust and support from the public to the law enforcement agents.

“A situation where the mere sight of a police officer will send shivers down the spine of law-abiding members of the public will not augur well for the general public.”