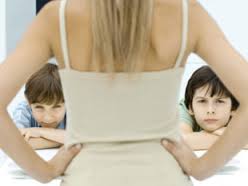 For many women, having a child is a joyous, albeit life-changing, occasion. But for 57-year-old Isabella Dutton of Britain, it was her biggest mistake.

Dutton, a typist, wrote a first-hand account for the UK’s Daily Mail in which she details her regrets about having her two children, Stuart and Jo.

“My son Stuart was five days old when the realisation hit me like a physical blow: having a child had been the biggest mistake of my life,” she wrote. “I felt completely detached from this alien being who had encroached upon my settled married life and changed it, irrevocably, for the worse.”

Dutton said that despite her indifference, she invested all of her time and energy into caring for her children. But she soon came to resent their neediness and the time spent doting on them that could have been used to “reflect, read and enjoy her own company.”

She described her own family life as “happy” and “conventional” as one of five siblings.

“I know there are millions who will consider me heinously cold-blooded and unnatural, but I believe there will also be those who secretly feel the same,” Dutton wrote.

Universally, it’s more common to hear of women who regret the decision not to have children, and according to a recent UK survey, it’s the same for most men.

The small study, conducted at Keele University, found that men are as likely as women to regret not having children. More than half the men surveyed said they felt jealous of people with kids, compared to under half of the women.

But Dutton is not most women. She never got over the peace and simplicity that she loved about her life before her kids came along.

“It’s just that I have been honest – some may contend brutally so – and admitted to my true feelings,” she wrote. “In doing so I have broken a supposedly inviolable law of nature. What kind of mother, after all, wishes she hadn’t had children?”

What do you think about Dutton’s point of view about her children?.....