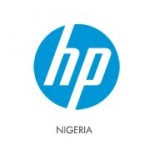 According to the company, one of the ways to identify fake HP Laser Jet Print cartridges is to check for an HP security label over the tear strip of the outer packaging. Security labels are found on most HP inkjet products in Central and Eastern Europe as well as Middle East and Africa.

The new labels feature sophisticated holographic properties as well as Quick Response (QR) code which customers can easily validate using a web-enabled Smartphone or online via a new HP web page. Customers can also download and install free software from the website to detect anything unusual.

In the last four years, HP said it had conducted more than 1,000 investigations resulting in over 800 enforcement actions in the Europe, Middle East and Africa (EMEA) region. Nearly nine million units of counterfeit products and components have been seized.

HP invests four billion dollars annually to carry out research and development to combat counterfeiting of its products. As part of its Anti-counterfeit Programme, the company trains customs and other law enforcement authorities to be able to spot suspicious printing supplies.

HP supply’s country manager for English West Africa, Rita Amuchienwa, at an anti-counterfeit live demo event in Accra expressed concern on the damaging impact of counterfeit products on businesses around the country.

According to her, counterfeiters harm manufactures and customers by consistently undermining business standards and practices as well as undermine the reputation of global brands.

Amuchienwa however said HP is leading the way in combating the illicit activities through its awareness campaigns and innovations.

PPS marketing manager for HP in West Africa, Tolulope Lawani also buttressed the need for taking action against the production of illicit product.

He said Hp has been protecting customers against counterfeiters through awareness creation, product packaging and enforcement actions.....