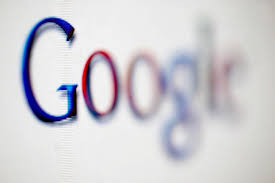 Google began letting people plan out what is to be done with their digital photos, documents and other virtual belongings after they die or become incapacitated.

An "Inactive Account Manager" can be used to direct Google to pass on data from online venues such as Google Drive, Gmail, YouTube, or social network Google+ to particular people or be deleted after being dormant for too long.

"What should happen to your photos, emails and documents when you stop using your account?" Google said in a message at an account settings page.

"Whatever the reason, we give you the option of deciding what happens to your data."

Google lets people specify how long to wait before taking action, and the California-based Internet giant will send account holders email or text message reminders before "timeout" periods are ended.

The feature was added as people increasingly trust their data and memories online social networks, data storage facilities, and other services hosted in the Internet "cloud."

Facebook, for example, allows members to have accounts "memorialized" after they die.

Laws in the United States and elsewhere are vague on the fate of digital rights to online accounts after death, leading to complications and legal wrangling for survivors who want access to the online services of the deceased.

In one case that drew considerable attention, the family of a US Marine killed in Iraq went to court in 2005 after being blocked from getting access to his Yahoo email account, with the company arguing that it could not release "private" information and that the account was "non-transferable" under terms of service.

Some say a separate document or executor for digital assets could be useful, with one way to preserve access being to register accounts in the name of a trust, control of which could be transferred on death....