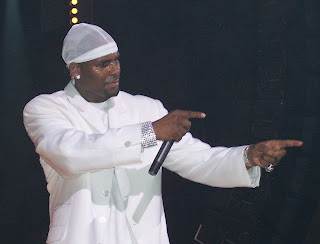 R.Kelly's mansion sold at a loss of about $4 million, according to reports this week. The musician's 11,140-square-foot Chicago mansion, located in the suburbs near Olympia Fields, was valued at over $5 million; however, it went for just $950,000 after R. Kelly was forced to give it up in a foreclosure auction.

The mansion was scooped up by J.P. Morgan Chase after R. Kelly fell far, far behind on his payments. Court records show that R. Kelly's mansion had him in the red for more than $3 million at the time of foreclosure. Some reports state that Kelly had a nearly $4 million mortgage.

R. Kelly's mansion loss isn't the first of his financial woes. Kelly has been struggling with money problems in the last few years. In 2012, the IRS hit him with a $5 million bill after it claimed that the R&B singer owed massive amounts of unpaid taxes.


Despite R. Kelly's mansion loss and his problems with the IRS, his representative Allan Mayer denies that the singer is having any money problems at all.

R. Kelly's mansion loss is staggering, but the mansion was actually purchased by the singer for only $1.5 million from a wealthy family that reportedly owned several McDonalds franchises in the area.

The 10,000-square-foot home features six bedrooms, eight bathrooms, a theater, a private lake, a basketball court, a tennis court, and an indoor pool. R. Kelly's mansion loss was a long time coming: the bank had tried foreclosing on the home back in 2011, but the process was delayed. Kelly strategically defaulted on the mansion that year, as explained in this video. The video also shows Kelly giving fans a tour of the property.

R.Kelly's mansion loss is a surprise considering how many records and albums he's sold over the years, but perhaps the R&B singer's career has never quite recovered since that shocking sex tape scandal. The resulting trial had him indicted for child pornography charges in 2001, and while he was ultimately acquitted in 2008, the stigma has remained. 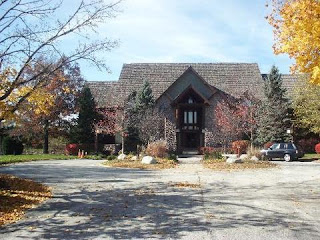 However, his most recent album, Write Me Back, debuted at number five on the Billboard charts in 2012 and received generally positive reviews. So, why the money problems?

R. Kelly's mansion loss makes me think he should get back in the studio and churn out another smash hit like the 2005 R&B opera epic Trapped In The Closet.