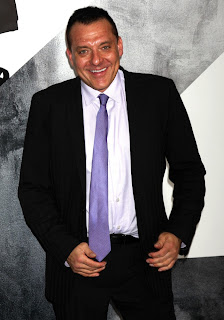 Tom Sizemore reportedly got a surprise guest, a boyfriend of the woman he was dating, at his Los Angeles home Thursday night, March 14. The man, who allegedly threatened him and put him in a headlock in a bathroom, has been arrested and booked on suspicion of assault.

The disgruntled boyfriend reportedly confronted the "Saving Private Ryan" actor at his residence in the 400 block of S. Main Street. LA Times reports the uninvited guest pretended he had a gun and threatened the actor and the woman before taking off with guitars and other property.

Sizemore's stuff was recovered after the man was arrested. The suspect is being held with bond set at $100,000.

The actor himself previously faced numerous legal woes including misdemeanor charges of assault on his ex-girlfriend and possession of controlled substance. He, however, has stayed out of trouble in the past two years....