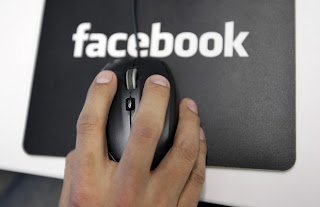 One again, the hackers are back! And this time again, they have targeted the social website Facebook. According to Facebook, the website was attacked by a very sophisticated attack which was made by hackers by exploiting a previously unknown loophole that was present in its computer system.

The reason for the attack was that its computer system was infected with malware when employees visited a mobile applications developer site which had already been compromised. This method of attack is being used quiet a lot these days and Facebook even said that it was not the only company that has been attacked with such a method.

The company said: “Last month, Facebook security discovered that our systems had been targeted in a sophisticated attack. Facebook was not alone in this attack. It is clear that others were attacked and infiltrated recently as well.”

The company did not waste any time and took immediate action to repair all infected computers once the malware was discovered. The law enforcement authorities were also informed about the same.

Facebook happens to be one of the most popular social website in the world and has more users than any other social site today. Facebook claims that it has more than 1 Billion active users throughout the world. Hence it is very important for the company to maintain high security levels and ensure that no attacks are successful. A lot of valuable data and information will be compromised if a company like Facebook is unable to control hacks and attacks in the future.

Some time ago, another social website Twitter was attacked and about 250,000 user details including usernames, passwords and email addresses were stolen by the hackers. Investigations have started and it is been checked whether there could be any kind of relation between these two attacks.....