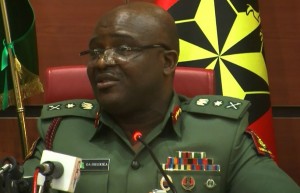 Major General Isah according to the Chief of Army Staff, Lieutenant General Azubike Ihejirika, was found wanting on negligence of duty even after getting reports of the attack at the college.

The chief of army staff reiterated that the former commander was not retired because of the attack but as a result of his attaining his retirement age, which is a fact in the army records that is also known to the general.

Two suicide bombs in November 2012 hit a church inside a military barracks of the Armed Forces Command and Staff College, in Jaji, Kaduna state, killing 11 people and injuring 30 others.