Shan George - Why She Relocated To Calabar. 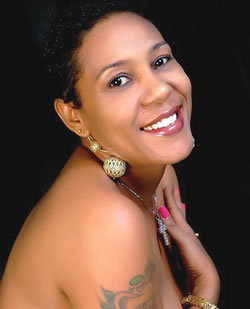 Nollywood actress, Shan George, has relocated to her state, Cross River. But contrary to reports, she says she has not gone in search of greener or saner pastures.

According to the news making the rounds online, George is said to have relocated because Calabar is more peaceful than Lagos. She was quoted as saying, “Calabar is heaven on earth. My hilltop Calabar home is as peaceful as a baby’s sigh.”

However, in a telephone exchange – spiced with hiccups due to erratic network – between the actress and our correspondent, she says she is in a remote part of Cross River to nurse her mother who is bedridden.
Although George did not disclose the nature of the illness, she says, “My beloved aged mother has been sick since March 2012. She’s been bedridden with a terminal illness. As an only child, it falls on me to stay with her till the end, so to make it less burdensome; I had to relocate to Calabar to take care of her. So for now, I just want to be with my mum and look after her. Whatever happens after that is in God’s hands.”
She adds that she does not know how long or short her stay in Calabar would last, but that she is channelling all her strength towards her mother’s care while everything other thing would be on hold, “for God to handle”.

When the news of George’s temporary exit from Lagos broke online, there were several comments. Some of these include insinuations that she may be warming up to take a political appointment like some popular artistes, including Richard Mofe-Damijo, who is currently the commissioner for Culture and Tourism in Delta State.
George only laughed at the insinuations of a political appointment. She says politics is not one of her aspirations.
“I won’t make a good politician, I’m too brutally honest,” she adds.