'I Can Create Neanderthal Baby'. 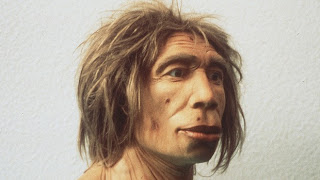 A Harvard scientist has said it would be possible to clone a Neanderthal baby from ancient DNA if he could find a woman willing to act as a surrogate.

The process would not be legal in many countries and would involve using DNA extracted from fossils.

George Church, a genetics professor of Harvard School of Medicine, said that the process was possible and that far from being brutal and primitive, Neanderthals were intelligent beings.

They are believed to be one of the relatives of modern man and became extinct 33,000 years ago. He added that altering the human genome could also provide the answers to curing diseases such as cancer and HIV, and hold the key to living to 120.

He told Der Spiegel, the German magazine: "I have already managed to attract enough DNA from fossil bones to reconstruct the DNA of the human species largely extinct. Now I need an adventurous female human."

The professor claims that he could introduce parts of the Neanderthal genome to human stem cells and clone them to create a foetus that could then be implanted in a woman.

Professor Church helped start the Human Genome Project that mapped human DNA and is well respected in the field. His comments will surprise most geneticists who believe that cloning humans is unacceptable. It is illegal in Britain.

Professor Church said: "We can clone all kinds of mammals, so it's very likely that we could clone a human. Why shouldn't we be able to do so?"

He added: "Neanderthals might think differently than we do. We know that they had a larger cranial size. They could even be more intelligent than us.

"When the time comes to deal with an epidemic or getting off the planet or whatever, it's conceivable that their way of thinking could be beneficial. They could maybe even create a new neo-Neanderthal culture and become a political force. The main goal is to increase diversity. The one thing that is bad for society is low diversity."

He discusses his idea in his latest book, Regenesis: How Synthetic Biology Will Reinvent Nature and Ourselves.

He rules out recreating older human ancestors or dinosaurs, as was the subject of the Jurassic Park films, because the age limit of useful DNA is about one million years, he said.

He told the magazine: "One of the things to do is to engineer our cells so that they have a lower probability of cancer.