Are The Rivals Both Pregnant? Rihanna and Karrueche Good Work!. 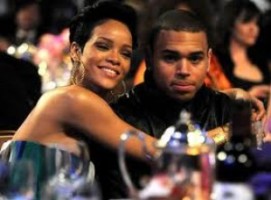 It seems that there’s a new hot rumor spreading around in showbiz that says that Chris Brown has impregnated both Rihanna and his former girlfriend, model Karrueche Tran.

This rumor was launched by “Hollywood Life” and taken a step further by the Gather website.

Everything started from the fact that Chris Brown was recently seen wearing a t-shirt that had the following message: “You’re a Dad”.

The fans have quickly jumped to conclusion and said that this was a message, this was the way Chris Brown decided to let the world know that Rihanna is pregnant.

The problem is that lately we've also heard rumors that Karrueche Tran is also pregnant with Chris Brown’s baby.

Nobody knows if this rumor was launched by Tran though, but many are speculating that she launched this rumor to make Rihanna jealous...

Then what about the rumor about Karrueche dating Drake to spite Chris Brown?

Some publicity stunts, I guess.