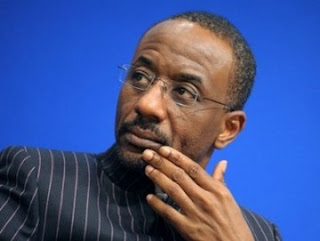 The audit panel set up by the Central Bank of Nigeria to probe the security breach at the Nigeria Security Printing and Minting Company that led to the disappearance of N2.1bn newly printed N1,000 notes has commenced its work.

Investigations by our correspondent revealed that the report of the panel  would be ready next month.

A top official in the Presidency, who disclosed this to our correspondent on Sunday, said the report would determine the fate of the suspended Managing Director of the NSPMC, Mr. Ehi Okomoyon.

The audit, according to the source, will unravel the scam at the Mint as well as suggest measures that will help strengthen its internal control system.

The source said, “The CBN auditors have swung into action and they are the ones handling the audit of the security breach at the Mint.

“By the end of this month, they would have concluded their audit and their report is expected to be submitted in February because they have covered substantial ground in their probe.”

The source, who pleaded not to be named as he was not officially permitted to speak on the matter, said once the report of the auditors was ready, it would be submitted to the board of the company, which would now meet to act on the recommendations that would be made in the report.

“Don’t forget that the MD is still on suspension and he won’t be able to interfere with the investigations, and within the next few weeks, the report will be submitted to the board. It is this report that will determine the fate of the MD,” the source explained.

The Board of Directors is responsible for the company’s strategic policy decisions and is chaired by the CBN governor, Mr. Lamido Sanusi.

Since it commenced production in 1965, the CBN had relied on the Mint for the production of its banknotes and coins.

But following the scam last month, Sanusi had reportedly launched an investigation to ascertain the amount of money missing at the NSPMC and asked Okomoyon and the Head of Security, Mr. Emmanuel Bala, to proceed on compulsory leave.

The source said that owing to the sensitive nature of the matter, the CBN auditors immediately swung into action following the discovery of the theft.

The investigation, it was gathered followed conflicting figures of the actual amount declared missing.

For instance, while the CBN governor had said it was N2bn, the management of the company claimed that the amount was N900,000.

The situation had made the House of Representatives to also resolve to investigate the disappearance.

Following a motion by the Chairman, House Committee on Rules/Business, Mr. Albert Sam-Tsokwa, the lower legislative chamber resolved to set up an ad-hoc committee to investigate the alleged stealing from the Mint.

Sam-Tsokwa said the December 2012 incident was the second known case of large sums of money disappearing from the company.

He observed that it was possible that there could be other unreported cases of theft before the latest one.

But reacting to the probe by the House, the Media Adviser to the company, Mr. Obi Adiele, said NSPMC was ready for investigations.

He denied that the company had recorded series of theft cases as a result of security breaches, adding that its security system had made it difficult for such to occur.

He said, while one of the security operatives was caught with N900,000, another official who tried to steal N1.5m was also arrested at the gate.