Again? Another One Kidnapped???? What's going on in our country? 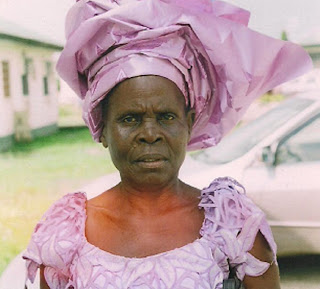 The mother of the Bayelsa state Speaker, Hon. Konbowei Benson has been kidnapped by unidentified gun men at her residence in Korokorosei in Southern Ijaw local government Area of Bayelsa state.

The Seventy-eight year old mother, Mrs. Betinah Okunwa Benson, was reportedly kidnapped at about 12. 30 am Monday when the entire community and neighborhood were deep asleep.

It was reliably gathered that the gunmen, who came in two speed boats shot sporadically into the air to scare away people before going away with their victim.

When contacted, the Police Public Relation Officer (PPRO), Mr. Fidelis Odunna confirmed the incidence and said his men are out to unravel the situation.

It will be recalled that the present Commissioner of Police in the state, Mr. Kingsley Omire have had a great deal trying to unravel the kidnap incidence in the state, and have equally made several arrests on the various kidnap cases in the state.....