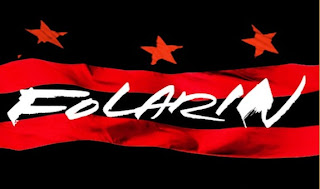 It's Christmas Eve and Wale's holiday gift to you is his new Folarin mixtape, as promised. The tape serves as an appetizer for his upcoming third solo album which he says "probably sounds the most like 100 Miles & Running and a little bit of Attention Deficit" and my, what an appetizer it is.

The MMG rapper has outdone himself again. Download the Folarin mixtape at DatPiff or stream and see what fans are saying after the jump...... The Link Is Below..