Nigerian Actor May Have Committed Suicide. 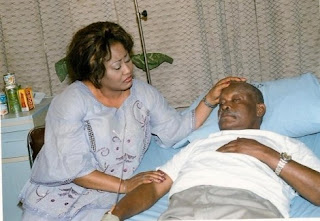 Days after the sad news of the demise of Nollywood actor Enebeli Elebuwa in an Indian Hospital was received, a source which claims to be a close friend of the deceased has said the actor committed suicide.

The source believes his friend committed suicide after suffering stroke for months and losing all hope in living.

The source said after they learnt of the death of fellow actor Pete Enebeli, the actor contacted his friend and spoke the following words to him:

“I’m suffering [name of friend], I need a peaceful place. See my condition is getting worse daily. I need a better place.”

The close friend said after that call, he quickly paid the actor a visit in India to better hear from him.

Enebeli, according to the close friend, said he was not happy about his condition though the doctors at the hospital were taking good care of him.

Enebeli Elebuwa told me, “please tell the doctors, I need a better place”, the friend said.

“I said there is no better place than here now when your time is over, God will take you by himself. Don’t worry I will be here for you.

Because of his condition I changed my ticket to leave India one month later because I think he needs someone to talk to constantly,” the friend said.

The man further said he left the hospital for his hotel that day and to his surprise, on getting to the hospital the next morning, he learnt Enebeli had died.

“One thing I forgot to do is to tell the doctors to put him on suicide watch......But whatever happens, I know he is in a better place. He is irreplaceable. I will forever miss him.......May the soul of my best friend Andrew rest in peace,” concluded the source......