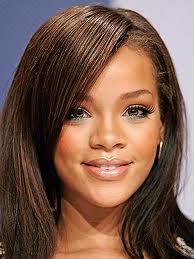 We all know Rihanna lives the lush life. But she wants to share some of those caviar wishes and champagne dreams with her fans on her upcoming album, Unapologetic.....

But it'll cost ya.

The Barbadian beauty's seventh album, due out on November 16, will come in the standard edition, and what you might call the VIP baller's version as well. The limited edition, numbered "Diamonds Executive Platinum Box," edition of the album, due out on December 11, will cost $250 and feature a raft of extras not available to the average fan.

And that's not all! It also comes with a custom 40-page notebook with handwritten notes and lyrics, a deluxe version of the album with a 28-page photo and art booklet, a 20-minute DVD with unreleased footage, a clip from the Loud Tour and an exclusive fan poster.

A slightly less exclusive "Diamonds Deluxe Edition Box" will be available on November 19 for $79 and feature the T-shirt, laptop stickers, deluxe version of the CD, the DVD, fan poster, Loud Tour performance peek and what's described as a "limited edition genuine, conflict-free diamond bracelet" with a black leather band and a brass disc with a 1pt diamond packaged in a signature R logo card.

The fall is shaping up to be a busy time for the singer, who is up for six awards at the MTV EMA  this November and will perform at the Victoria's Secret Fashion Show  along with Bruno Mars and Justin Bieber in December. And, for fans hoping for the chance to see the singer live and up close, she will kick off her "Diamonds World Tour  in March.....