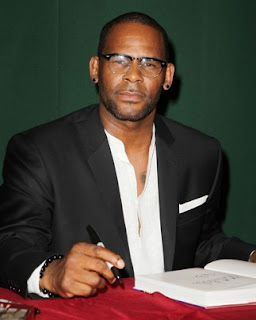 R. Kelly has been all about romance on his last two albums, but the self-proclaimed Pied Piper of R&B says he isn’t going to abandon the explicit music that helped make him famous.

“Absolutely not, and I tell people all the time man,” Kelly said in a phone interview last week. “Make no mistake about it, R. Kelly is not going anywhere, it’s just that R. Kelly has such a unique talent, and I’ve been blessed to be able to do all type of genres of music ... I’m exploring my gift right now."

Kelly’s recent “Write Me Back” and 2010’s “Love Letter” were a departure of sorts for the singer-songwriter, whose hits include classics like “Your Body’s Callin’.”

He described those acclaimed albums as a way of taking a break from his typical explicit material to try something new.

“When you’ve done twentysomething years, man, of giving people what they want, and satisfying people — people like to say they’re making babies off your music, they’re doing all this — it makes me feel good, but at the same time, it makes me say, ‘OK, now it’s time to go and do something that’s in me that I want to do and get out,’” he said.

He said his upcoming album will be on more familiar R. Kelly ground.

“The name of my next album is ‘Black Panties’ — that’s my next ‘12 Play,’” he said, referring to his classic album filled with sexual material. “I’m going to have some fun on it.”

Kelly also plans to have fun on his upcoming “Single Ladies” North American tour, which kicks off Oct. 13 in Columbia, S.C., and runs through December. Kelly said he aims for it to be “one big giant ‘Dating Game.’”

“We really want the single ladies up there, and where guys know there’s single ladies, they’re going to be in the mix, because they’re looking for a woman,” he said.

Kelly is also focusing on the next chapters in his “Trapped” musical soap opera; he’s been filming in his native Chicago and promises new characters, more surprises and an explanation of what the mysterious “package” is.

“Everybody remembers when Chuck was in the hospital, and ever since then, people have been asking me of course, ‘What is the package, what is the package?’ And that’s what these chapters are about, is leading you up into what the package is going to be,” he said. “This thing is an alien, it has taken on a life of its own, but I love doing it because it’s stories.”