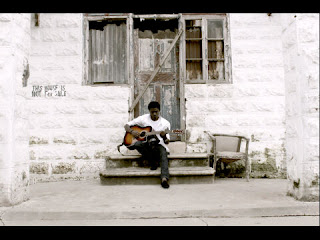 Phrance (Francis Adole Ogbleba) is a pop/alternative gospel rock singer,songwriter and guitarist from benue state based in Lagos.Phrance grew up listening to alternative rock music which has really influenced the kind of music he's doing today.
He has been singing right from his high school days but professionally since 2008. Starting in 2012, Phrance released his 1st debut single titled 'THE ONE' and it has been widely accepted by fans and locals.

And also,Phrance learnt how to play the acoustic guitar in 2009 with the help of his friend 'K-strings' and eversince its been wonderful. All thanks to his friend and producer 'Coldflames' and his colleagues: Clay,JFC and ThaNewborn for their love and support. Lastly,He reps Gregorians, He reps University Of Lagos and He reps Christ because God rocks!!!