“It has, as usual, been an intense eight weeks,” says Chude Jideonwo, who is Executive Director of The Future Project. “After the nominations, there was the process of administering nomination forms, where we also interviewed the nominees, secured references, conducted independent research, and held random inspections of books, finances, and so on. We also got evidence of all the nominees’ ages and had a two-week period for any complaints from the public, he added. 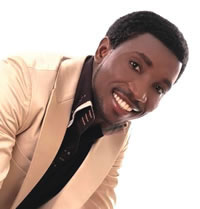 Simultaneous with voting, the Board of Judges- 30 young media influencers from across the country– sat for a full day and produced the shortlist which goes to the independent audit committee. The names will then return to the Board of Judges who will choose the final winners.

Finalists and winners of each category will be unveiled at The Future Awards 2012 this weekend, where the keynote speaker is one of Africa’s most influential entrepreneurs, Chairman of Heirs Holdings and the founder of the Tony Elumelu Foundation, Tony O. Elumelu (MFR). Elumelu was Group Chief Executive Officer of United Bank for Africa Plc.

Meanwhile, Timi Dakolo and Future Project, orgnisers of the Future Awards, have concluded plans to premiere the video of the unofficial national anthem of Nigeria ‘Great Nation’ at the prestigious awards.

Timi, the first winner of West Africa Idol, is a strong believer in the unity of Nigeria.

“Music is not just for entertainment, it’s so much more,” reiterated Timi Dakolo, even as Efe Omorogbe of Now Muzik that manages Timi believes that, “Great Nation is the latest in Timi’s strings of captivating classics. It is an epic and resonates with people.”

‘Great Nation,’ a single off his Beautiful Noise album released in 2011, by virtue of the emotion it evokes and the strength of its lyrics, is set to rebuild and restore Nigeria to the path of glory.

Timi Dakolo and The Future Project, have a certain thing in common. It is their commitment to finding effective and innovative ways of addressing social issues.
Posted by Unknown at 06:03