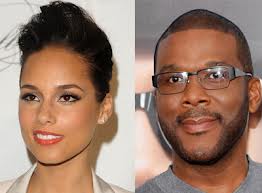 The up-coming season of America's next top model will have some serious star power.
Executive producer Tyra Banks has booked Alicia Keys and Tyler Perry to make appearances on season 19 of the reality show competition, Perry will give the aspiring models an acting challenge. The acting challenge winner will get a role in a Tyler Perry movie.
If that's not a cool enough prize, show viewers can also look forward to seeing Alicia Keys as a celebrity mentor in one episode.
The 19th cycle of America's Next Top Model, which will be the show's first college-themed edition, premieres on The CW on August 24.....
Posted by Unknown at 11:48