Power Of A Celebrity. 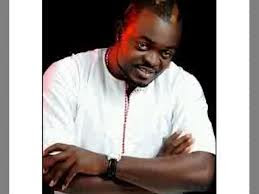 Good day my beautiful friend. Hope your day was good?

Tomorrow is Friday, I hope what I'm about to share won't happen again tomorrow.

It was one of the nights, guys take their girls to the club, to groove, drink up, smoke stuffs - Smoking of cigarettes inside the club should be stopped, Ladies get home and their hair would be oozing of cigarettes.... Anywayz, I think that's part of the fun. Dance like never before even if you are not good at it, you didn't go to the club to watch, grind to stimulate, *winks* you know - if you read my previous post on that.

Last friday wasn't one of the best Fridays for Femi who took his girl to the club. Guys, girls, gays, celebrities were there. You may know Yomi Gold and Aremu Afolayan - Yoruba actors, Yeah!!.

Women!!!, what are women turning into these days?.

Femi persuaded her but she really really left with Yomi Gold. Chai!!, this is cray.

Well, Femi was very bitter because, as a badt boy, such hadn't happened to him before, like he said. He called his friend and gave him the girl's phone number to set parole with the girl, sleep with her and don't treat her right.

Would you do the same?.