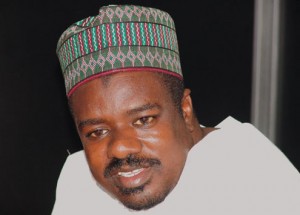 A former Governor of Jigawa State, Alhaji Saminu Turaki, has been declared wanted by a Federal High Court, sitting in Dutse, the Jigawa State capital.

The court said this became imperative as Turaki has failed to appear before it to answer questions on allegations that he stole N36 billion from the state coffers during his administration.


Justice S. Yahuza, while ruling on Friday, directed the Inspector General of Police, Mohammed Abubakar, his officers and the Economic and Financial Crimes Commission to arrest Turaki whenever he is sighted and bring him before the court.

“You are hereby commanded to arrest the said Ibrahim Saminu Turaki and bring him before me at the Federal High Court, Dutse, Jigawa State without delay,” Yahuza ruled.

The EFCC had earlier declared Turaki wanted for failing to attend the trial.