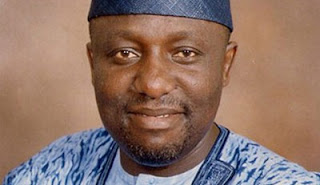 Governor Rochas Okorocha of Imo State was slightly injured yesterday afternoon following his convoy’s involvement in an accident along the Orlu/Owerri Road.


The governor’s official car was involved in a head-on collision with a Mercedes Benz car, when the yet-to-be identified driver was said to have rammed his car into the convoy after losing control of his car.

Briefing journalists at the Government House Owerri, Okorocha confirmed the incident and added that he ended up with a minor cut on his head.


Okorocha, with bandage drapped around his head said that he was stable and strong, but would seek further medical attention due to the level of impact of the accident on him.


Earlier, the Imo State Commissioner of Police, Mohammed Katsina also confirmed the accident, noting that the accident was a minor one and that the governor was in a stable condition.


He said that he had dispatched the police investigation team to ascertain the cause of the accident and would give further information on the matter as soon as the investigation was concluded.


Speaking also, the governor’s personal Physician, Dr. Sylvester Igwe said Okorocha had a minor laceration on his scalp, and was very stable, adding that what he needs now was further medical examination.


Okorocha who was on a project tour before the accident happened, was rushed back to the Government Lodge, Owerri.
The Special Assistant (Media) to the governor, Ebere Uzuokwa added that nobody died in the incident.

When our reporter visited the scene of the accident, the vehicles had been removed, while few sympathizers were seen discussing the accident.

It would be recalled that the governor had been out of the state for some days for official engagement and only returned yesterday, before embarking on the project tour.