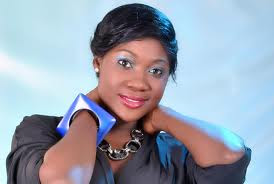 Nollywood most sought-after actress, and mother of one, Mercy Johnson who is currently missing on screen, following her continues sojourn in the United States after giving birth to her first child, Purity, is set to reconnect with her fans again through the release of last movie, " Baby Oku in America."

Mercy starred in the movie alongside, Chets Aniekwe and fast rising star Ani Amatosero before embarking on sabbatical leave few months ago.

The movie produced by Gabriel Moses, the CEO of Amaco Films and I-Com International Company is a comedy that tells the story of a newly married Nigerian couple that relocated to the United State of America, a move that brought out the ignorance and unpleasant character of the woman in the marriage as she strive to live and preach the gospel of gender equality in their marriage in the wrong way.

According to Gabriel Moses, the executive producer of the movie, the cast and crew had to work in Nigeria and the United States to show the beauty of both countries while taking full advantage of the cordial bilateral relationship that exist between the United States of America and Nigeria.

Meanwhile the ace movie producer who has produced films like One Dollar, Abandoned, Old School among others, has promised that Baby Oku in America will not be his last movie in the business.